Every beer, wine, and mead sold at Emily’s Produce contains at least one ingredient grown in the state of Maryland.  It does not get much more LOCAL than that!

Here are some beer facts to help you navigate our large selection, and find your next favorite brew.

🍺Malt=Sweet; Hops=Bitter  While this is an oversimplification, in many cases, beers that have more malt tend to be sweeter and smoother, while beers heavy on the hops have a more bitter (but not unappealing) flavor.

🍺Dark beer does not necessarily mean heavy beer.  Darker lagers use roasted grains, but are brewed the same way as their lighter counterparts – so while their color is dark, their flavor is often sweeter, and not necessarily “heavy.”

🍺Beers are either Lagers or Ales.  Each uses their own kind of yeast.  Lagers are brewed and aged at colder temperatures; ales are brewed at warmer temps.

Pilsner:  pale, hoppy, crisp (a favorite of those who like a good American beer)

Helles: pale, malty (and what does “malty” mean…?)

Marzen: amber colored, due to roasted grains (many Oktoberfest beers)

Amber: contains caramelized and crystallized malt (and we know what malt does…)

🍺And the most popular type of Ale…India Pale Ale  The beer so ubiquitous, it warrants its own section.  IPAs are hoppy, no doubt about it.  This favorite of craft brewers has its own set of varietals:

Single hopped: only use one kind of hops (Citra is a popular one)

Black: uses roasted, darker malts – so while it is dark, this is a sweeter, more mellow IPA

🍺 Sours, the hot new thing in ales  Sours use wild bacteria and wild yeast.  The “sour” comes from lactic acid that is produced during brewing.  Some things about sours:

🍺 Beer Pairing  Just as with wine, there are no hard and fast beer pairing rules.  Pair a beer you love with a food you love, and you will have a great meal.  But if you are looking for a few suggestions, here are some schools of thought:

Cleanse: use beer to cleanse the spiciness of a dish, or a bitter beer to counteract the high fat content

No matter what – don’t overpower your food with your beer

Hefeweizen: those with citrus pair well with sweeter items like tarts and fruit pastries; also contrast well with spicy dishes

IPAs: have a strong flavor of their own, so go well with items that are heavier, but not necessarily heavily seasoned – steaks, fries, roasted meats.  On the other hand, they are also said to do well with Mexican food, as their bitterness works well with its richness and spiciness

Porters and Stouts: their heaviness does well with buttery dishes, and they can accompany chocolate desserts  Buttery seafood dishes like lobster and crab, game meats, stews

We hope this inspires you to try something new from the beer room at Emily’s Produce. 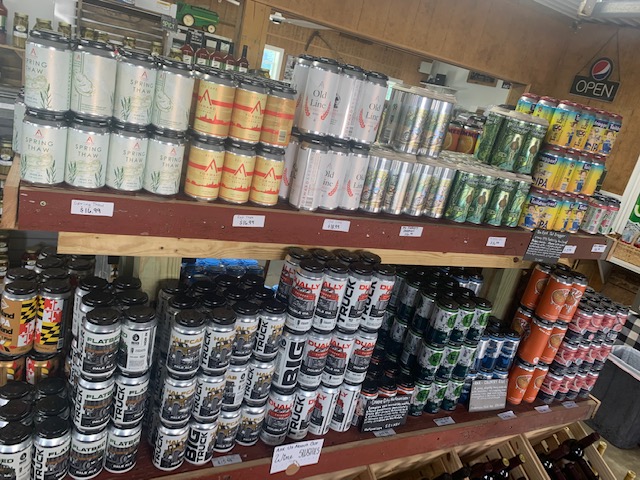 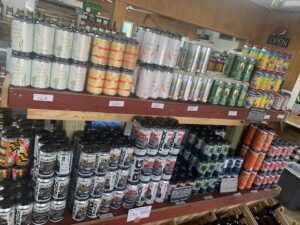 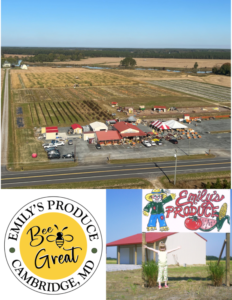 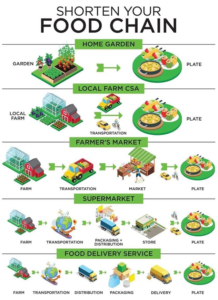 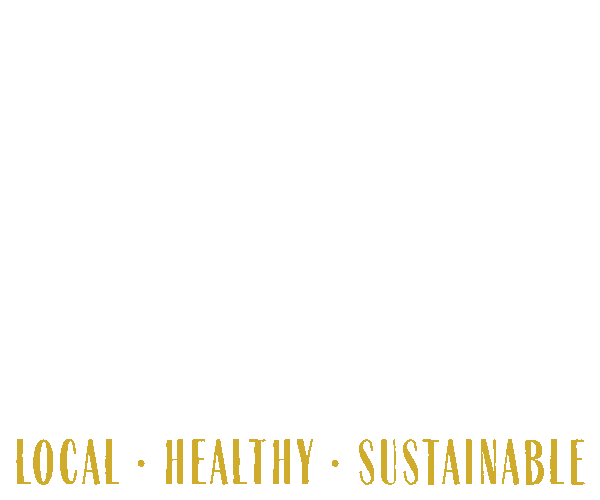 Now OPEN for the Season!